My thoughts on "Avengers: Age of Ultron"

A whole that is not as great as the sum of its parts.  Really ironic all things considered.  Much like my issues with “The Amazing Spiderman 2” this seems more like multiple scripts put together as there is stuff that just does not have to be in there.  Since this is one of the most watched movies of the year and came out months and months ago I feel comfortable talking about numerous issues at once and will be moving between them freely, kind of like how I reviewed “X-Men: Days of Future Past” (which also had a robot apocalypse as its plot… and it’s sequel will have an Apocalypse apocalypse).  There are SPOILERS thru out this review and that cannot be avoided.
Why is Ultron Magneto?  In the comics Magneto has three children: a green haired woman with magnet powers, Polaris; a silver haired guy with super speed, Quicksilver (Pietro); and a red headed magic user, Scarlet Witch (Wanda).  In the comics all of Magneto’s children realize that he is dangerous and join superhero teams to thwart him, Polaris joins the X-Men while Quicksilver and Scarlet Witch join the Avengers.  In this movie, Ultron talks frequently about evolution, humanity’s need to change, and talks to Wanda and Pietro in terms of being rejected.  Their ultimately turning against Ultron makes him act very hurt and betrayed.  There is also a scene of Ultron using magnetic powers to pull and toss Iron Man.  I feel like this script would have worked better with Magneto in the role of Ultron… Or they should have done away with Scarlet Witch and Quicksilver.

Wanda and Pietro are kind of useless to the narrative.  They are colorful goons for Ultron and they ultimately turn to heroes when they see how he wants to kill everyone, but their role in the story could have just been played by Vision.  Have Ultron create Vision after escaping Avenger’s tower and he fills the same role in the story as Wanda, using the mind gem to drive all the Avenger’s into strange VISIONS of their own nightmares and turning the Hulk into a rampaging monster in Africa.  As the movie continues have Vision be defeated by Thor, have Ultron carry him off and put him into that pod, the movie could then continue mostly unchanged, as the Avengers capture the pod, download Jarvis into it, rewriting Vision as a good guy.
Thor’s side quest to be shirtless in a pool of water was a waste of screen time, by having him fight Vision or Ultron in the middle of the movie (like I talked about in the previous paragraph) he would have been put to better use.

While having Wanda and Pietro in the movie was unnecessary but if they had been taken out we would have missed out on the best scene in the movie, Hawkeye being the team’s dad figure.

“Hey, look at me.  It’s your fault, it’s everyone’s fault, who cares?  Are you up for this?  Are you?  Look, I need to know because the city is flying.  Okay?  The city is flying, we are fighting an army of robots, and I have a bow and arrow. None of this makes sense.  But, I am going back out there because it is my job. Okay?  And I can’t do my job and baby sit.  It doesn’t matter what you did or where you were.  If you go out there,you fight.  And you fight to kill.  Stay in here, you’re good.  I’ll send your brother to come find you.  But if you step out that door, you are an Avenger.”

I can picture in my mind a younger version of Clint giving a similar speech to a younger version of Black Widow, saying instead, “You step out that door you are a SHIELD agent.”  And contextualizing that speech and what we know about how he has a family you can picture him using he skills as a field operative as a dad, and his skills as a dad in the field.  He greatly deepens his character.

Tony Stark is TOTALLY CORRECT in trying to create Ultron. Captain America is ENTIRELY WRONG in trying to stop it.  Earth is under threat of alien invasion at all times and since Thor refuses to let Earth utilize the Tesseract (Cosmic Cube) to build ray guns and other super weapons, Earth will be at a hopeless disadvantage should a full fleet of alien ships come and attack.  Constructing a legion of robots that are capable of repelling such an eminent threat should be a top priority before it shows up again, waiting until the attack comes is not a winning strategy, and relying entirely on the Avengers to protect Earth is a foolish decision on the part of Captain America, and one he should in no way be in charge of making as he is a tactical genius, not a strategic one.  We cannot count on Thor and Asgard to protect us from someone like Ronan or Malakith, who were only defeated by the slimmest of margins.
Vision is awesome.  I like his look, I like Paul Bettany in the role, I like how Jarvis became Vision, the only problem I have with Vision is that he was not in more of the movie.

This movie is too long, especially the action scenes which often go on for such a long time that I start to get bored by them, which is a shame because they are all so good, that had they each been the final highlight fight of another movie I feel they would have worked better.  By the time we get to the flying city I am so tired from all the action that the whole final act drags for me.
Unfortunately Hulk and Black Widow’s romantic subplot does not get enough time.  I saw it in the first movie more than most people (for some reason people thought Hawkeye and her, but I never saw that, do those people just not have friends of the opposite sex?)  And since they are both living weapons as a result of outside forces compelling them to become such monstrous things I think they make a good match to one another narratively.
I would also like to point out and underline: TONY DID NOT CREATE ULTRON.  He and Bruce were not in the room when the machine switched itself on.  The OS they were using to create Ultron was taken from Loki’s scepter, which in turn was (most likely) created by Thanos.  Thanos is in love with Death, and the idea that the software he used for the scepter would be an artificial intelligence bent on omnicide makes sense.  Sure Ultron was the name of the robot legion Tony wanted to create, but it is pretty clear Thanos was the guy who got the ball rolling on all of this.  Just like you can’t blame Hulk for being mind-controlled to rampage, you can’t blame Tony because his robots were high jacked by a killer alien computer (especially because he left it turned off).

Pepper Potts and Jane Foster should have made guest appearances in this movie.  What is the problem?  The script is already bloated but you don’t have time for existing valuable supporting characters?  Just drop hints that they might get their own powers because in the comics they both end up doing just that.  Pepper gets a suit of armor and becomes Rescue, a super hero who specializes in fighting natural disasters.  Jane gains the ability to wield Mjolnir and becomes THOR, while Thor becomes Odinson… Which is stupid on several levels as his name is Thor, but whatever.
As I mentioned in my Predictions for future Marvel movies, I do not think Vision destroyed Ultron, and instead Ultron is trapped in the Mind Gem on Vision’s forehead.
Score: 6/10 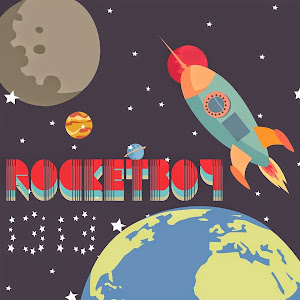